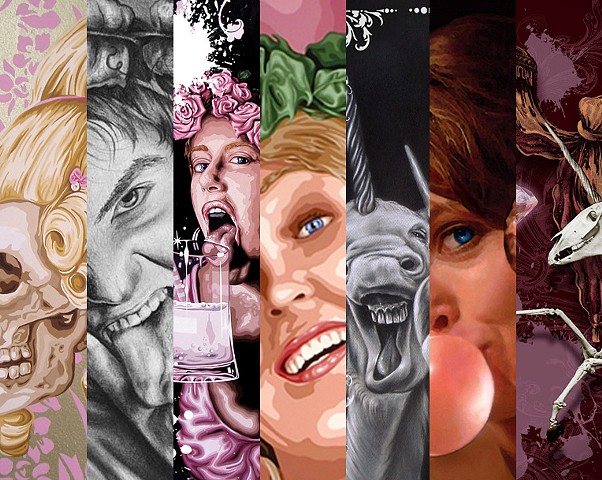 My past and recent work constitutes a study of the human impulse to seek fulfillment through excess at the expense of one’s dignity. Moreover, I have found a particular fascination with the various ways in which this impulse often manifests in vain and superficial expressions of beauty, wealth, and power.

Many of my images are grounded in the principles of Feminism and Gender Theory and an interest in producing artwork that dissects and critiques contemporary performances of gender. My work considers the conflicted relationship between social decorum and a coexistent vision of gender equality that hinges upon self-consciously provocative and hedonistic performances of gender roles. Such performances are, at once, labeled progressive and liberated while also reinforcing gendered stereotypes.

My most recent work re-imagines vanitas and memento mori as themes representing reckless intemperance. The images draw upon the aforementioned traditions to create contemporary visual metaphors for excess and hedonism. In this spirit, my images aim to seduce viewers with decadent, yet grotesque, depictions of self-indulgence and vanity. These images underscore the costs of our impulse toward excess in which our material value—as objects of desire or figures of wealth and power—obscures both the fragility and the inherent value of the simply human.